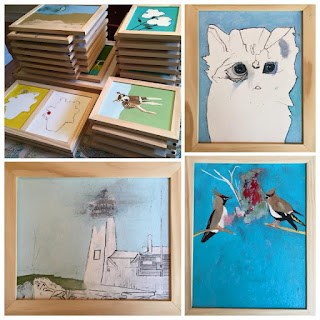 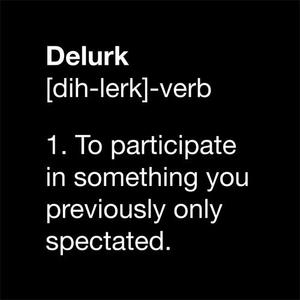 This Article is worth the read. Beroth & Beroth - Winston-Salem Journal: Home
Stop by Delurk this Friday 8/28 after hours 6-10pm for special performances and discussion inspired by this exhibit.

Posted by Musingisfree at 5:55 AM No comments: 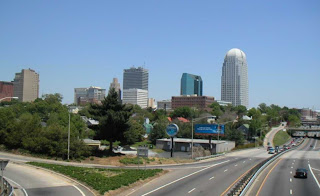 Posted by Musingisfree at 8:20 AM No comments:

The digital prints on canvas in the touched/screened series are derived from the scanned surfaces of touchscreen mobile devices (smartphones, tablets, etc.) Captured in each scan are the fingerprints, marks, and smudges that have accumulated upon the screen of the corresponding device. The titles of each print refer to the day and time when the associated image file was saved to my computer’s hard drive. They may also be construed as metadata.

Most of the scans that I take are discarded. I select and work with image files whose compositions evoke gestural abstract painting. Specifically, I am interested in drawing an analogy between the residual traces left upon the surface of the device’s screen and the gestural, painterly marks that are emblematic of action painting and abstract expressionism. Yet while the compositions that emerge from these traces bear qualities that are ostensibly painterly, and that may even appear to be expressive or “autographic,” they are instead only the by-products of circumstance. In other words, the compositions are not deliberately produced for aesthetic effect, but are incidental, originating from a point where chance occurrence, the habituated reaction of the user, and the field of possible responses delimited by the device and its programs coincide.

Little about the specific activities the user was engaged in is revealed through these accumulated traces alone, (though, conceivably, certain compulsions or idiosyncrasies engendered in the user by the device may be gleaned from them.) Instead, the index that appears is one that refers, primarily, to the digital interface that both guided the hand and trained the gaze of the user: arresting, disciplining, and commodifying her or his distracted attention in the process. The prints in the series are partial and fragmentary records of this process – drawn by the tiny finger swipes of the device’s user, but as though her or his hand was caught in the mesh of a sieve.

Introducing our newest full-time member through the lens of works spanning five decades of his life's work as an artist.

Born in Wisconsin, a child dairy farmer who entered his first art competition on Cheerios boxes until, at eight he moved to the suburbs of Milwaukee where studied at the Milwaukee Art Center, majored in art in public school and later earned his BFA at University of Wisconsin at Milwaukee and subsequently taught as a grade school teacher in the U.S. Virgin Islands. Upon returning to the Continental US, he earned his MFA in Photography, Painting, and Drawing at the University of Wisconsin, Madison.

Seriously, Jack is a lifelong artist, dedicated to the serious pursuit of art making.There is so much more...Ask him about his pony, Duke.

Art-o-Mat and The Little Things