Do you think this Arts Funding Helps You?

After delays and wrangling, Congress has reached agreement on final funding for all federal agencies and programs for the 2015 fiscal year, which started back in October. The U.S. House passed this mega bill, known as a "Cromnibus," late last night by a vote of 219-206, sending it to the U.S. Senate, where they will work through the weekend to pass it.

Included in the agreement is $146 million for the National Endowment for the Arts (NEA). This means funding would continue (for the fourth year in a row) at current levels through September 2015. This funding level matches the U.S. House committee's proposal from this summer and the President's request from the spring, but it is less than the $150 million proposed by the U.S. Senate and favored by arts advocates.

Also included is $25 million in funding for the Arts in Education program at the U.S. Department of Education, which has again survived efforts to zero out funding or consolidate all funds.

In addition to funding, Congress included several policy provisions, notably legislation that reauthorizes Brand USA, a public-private partnership that helps generate international visits to the U.S. aiding the cultural tourism sector. It is also expected in these last few hours that Congress will pass a patch to allow last-minute tax-free contributions from IRA accounts, a key item for arts institutions.

These actions conclude another turbulent and chaotic year in Congress that has seen these annual funding bills stalled with "policy riders" that were often completely unrelated to the actual funding of government agencies and programs.


A summary of the final FY 2015 appropriations is as follows:

With all these late-breaking developments and chaotic scenes, make sure your pro-arts message is heard as the new 114th Congress takes office and begins work on the next budget. Please join us in Washington for the 28th annual Arts Advocacy Day: The National Arts Action Summit on March 23 - 24, 2015, and let your representatives know the arts are important to you and your communities! Register today!

Thank you for your support of the arts. Please help us continue this important work by becoming an official member of the Arts Action Fund. If you are not already a member, play your part by joining the Arts Action Fund today-it's free and easy to join!

Have a great holiday season!


- jennimusing - Posted using BlogPress from my iPhone
Posted by Musingisfree at 8:33 AM No comments:

We Are the Wardens 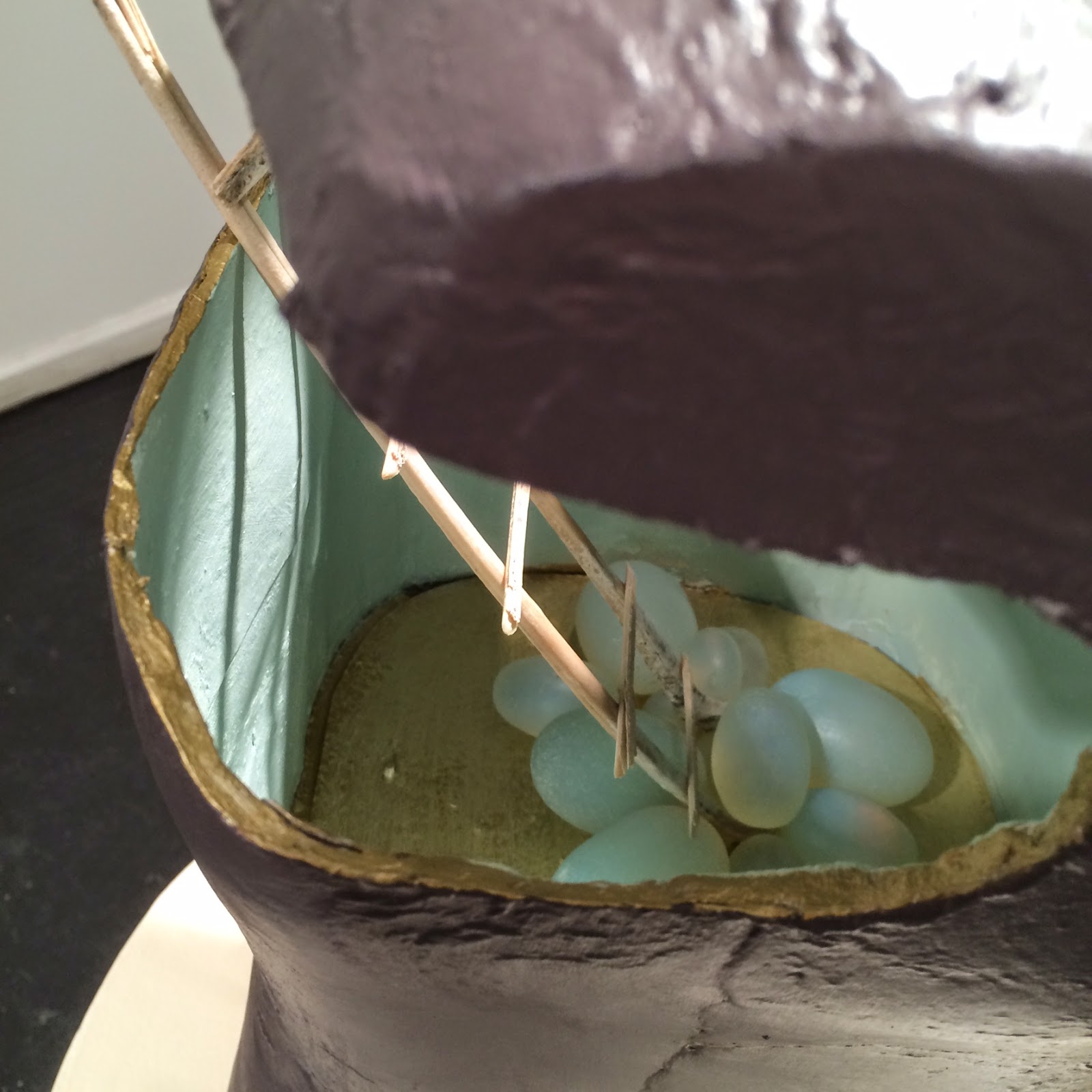 October at Delurk there may be something that has been missed by some visitors... 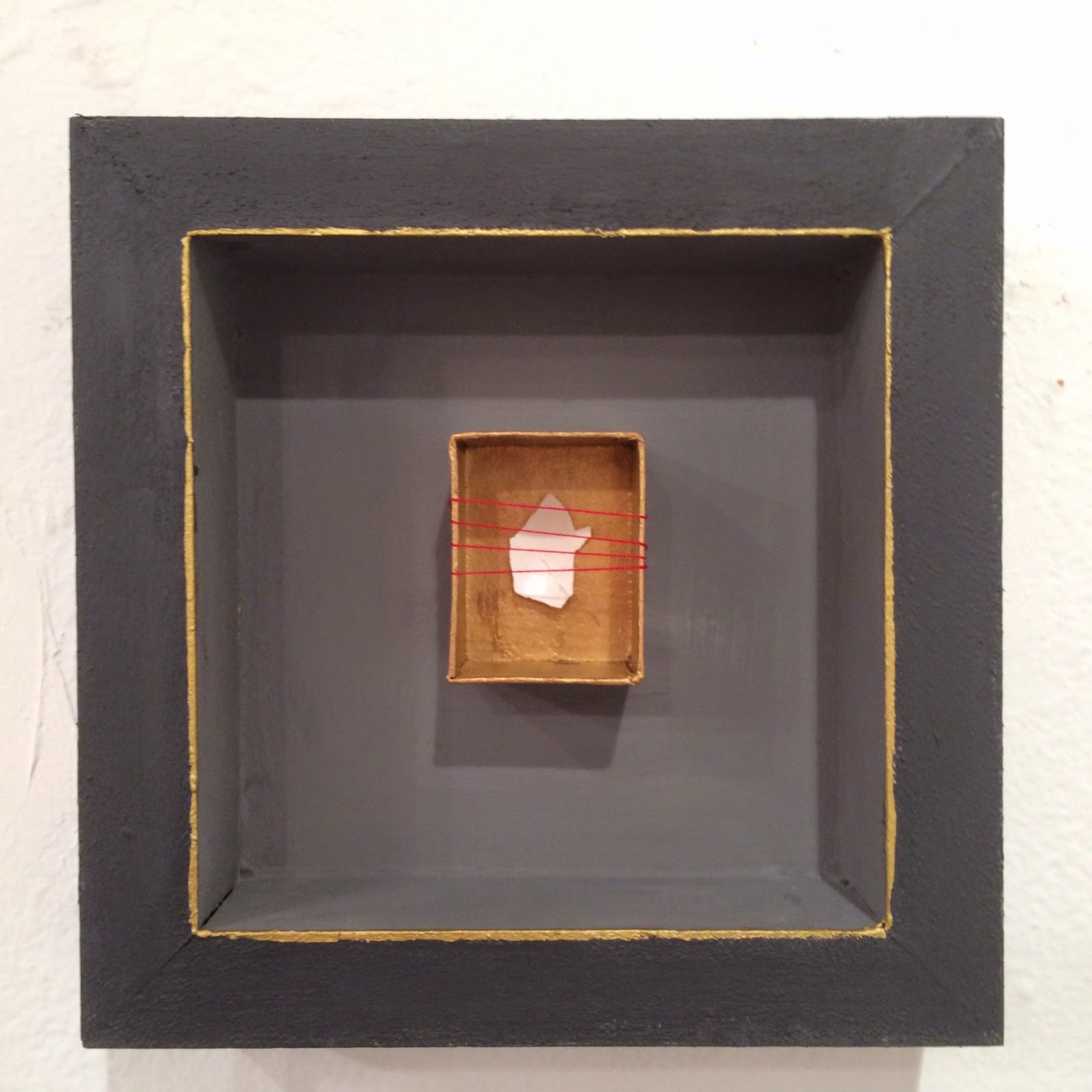 That is the quiet intimacy of the sculptures presented in the rear gallery. The work of one, Katie Chasteen.

Katie is a full time member of the collective, volunteering as all the artists at Delurk do to support the daily operations of this unique art space.

A fine art photographer, Chasteen has an eye for framing moments within the larger work by piercing the forms and composing the view within.

One cannot fully experience the pieces by simply passing by them on a stroll through the space.

They need to be entered into through the marvel of the human eye; to be pondered, considered, investigated for hidden treasure revealed in one's particular and personal imagination. 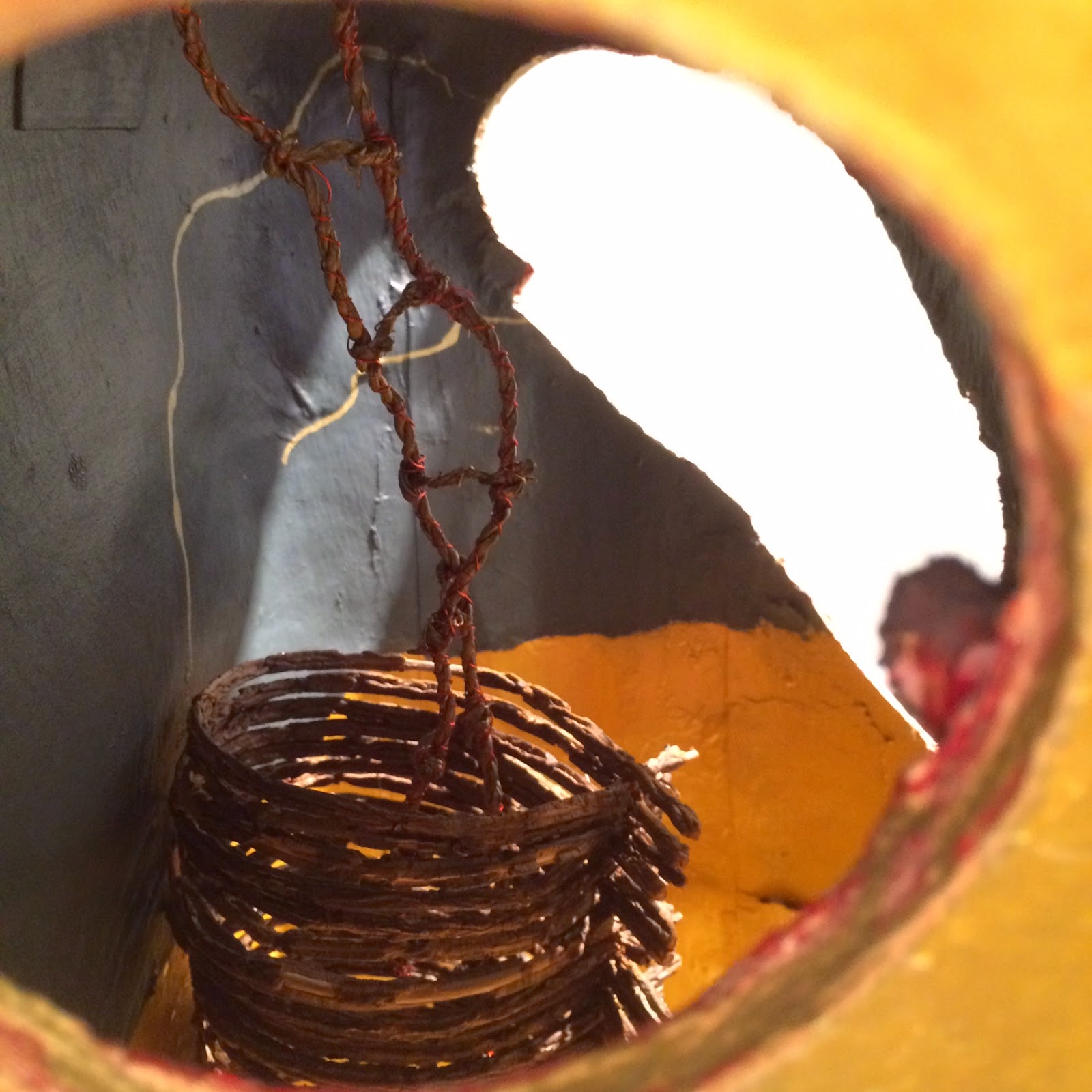 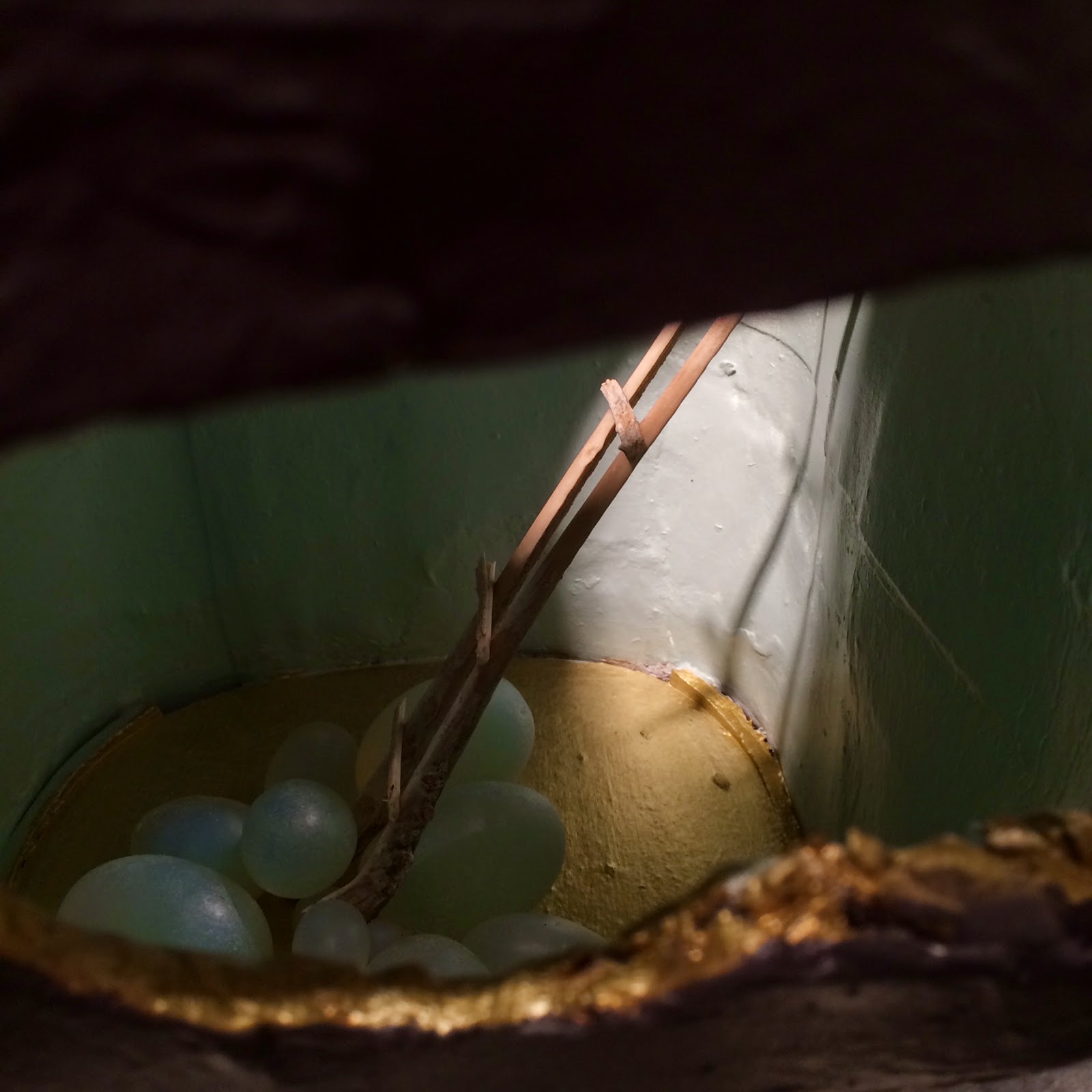 The images in this post are a scratch at the surface of these "Wardens" standing their posts and housing visions and keeping secrets.

These and other works are on view and available for purchase at Delurk through November 2.

Posted by Musingisfree at 8:37 PM No comments:

My Work is Art

Thanks for the article about artists in our community... now, about that photo... 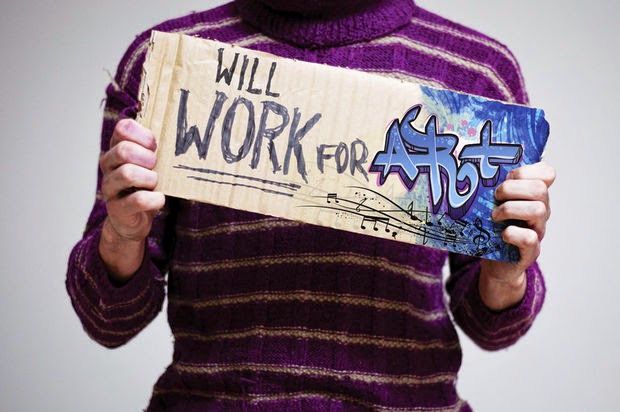 To use an image that messages "Will Work for Art" implies that the basic human needs of these artists in the article do not need funds to provide for their daily needs and though I applaud the fact that this piece introduces the reader to a range of artists that may have escaped their notice, I find the use of this image misleading.

The fact is, art has value like any other profession and the individuals who dedicate their life to being working artists have remarkable skills that contribute value to our community in ways beyond conventional systems on measure and valuation.

Dane Walters﻿ is one of those visual artists that is dedicated to perfection. Each new work is a complete pursuit, nothing is taken for granted from the ground to varnish coat each stroke is informed by his collective experience up to that moment.

As for music, Liz May﻿ is as dedicated as they come and through her musical pursuits she has gained the ability to communicate volumes with the lift of an eyebrow, a subtle gesture or nod. She is an ensemble artist in all that she does. Every day is dedicated to the pursuit and support of her passion and she has earned every bit of her skill through hard work and dedication.

I have also had the pleasure of working directly with Burgess Jenkins and when I see him on set, I know there is one less actor I need worry about, he will be prepared and mentally present, he will ask questions if he has them, and will listen to information that is given.

I regret I do not know Ms. Hambright-Ward, so I shall leave my artist comments at this; dancers are the most dedicated artists I work with in my artistic pursuits.

Thank you for reading.

Posted by Musingisfree at 3:34 PM No comments:

Now at the Womble Carlyle Gallery the Arts Council is making good on its promise to facilitate bridging Downtown Winston-Salem's art communities with a show of recent works from Delurk Gallery Collective Member Artists.

Check it out this month July 11th - August 1st.

For a more intimate peek at this diverse offering check out the YouTube link: http://youtu.be/KIfaPNZXJo4

Location:Milton Rhoades Center for the Arts

Posted by Musingisfree at 10:46 AM No comments: Posted by Musingisfree at 9:12 AM No comments:

City of Arts and Innovation

Please look at these links...

Why Arts and Innovation?

And our Arts Council uses the slogan, too...
Here's a link to one of their web pages...

“City of Arts and Innovation"
It's a slogan that has been around for 5 years or more. Many businesses and organizations have spent 10's of thousands of dollars on this branding slogan why not keep it. We are a city of art and innovation. All the fascinating and exciting new art galleries, plans for new downtown performing arts facilities, the proposed renovation/upfit to the Joan Hanes Theatre at the Stevens Center, a/perture Cinema's expansions in theatre space and creative programing, RiverRun Film Festival has been selected by the Academy of Motion Picture Arts and Sciences as qualifying festival for the Oscars along with many other growing entertainment opportunities. One certainly doesn't have to look far for more innovation and financial benefits in W-S with the commitment and growth in science and bio-technology industries... it is "The City of Arts and Innovation"!

This is serious business folks!

Thousands of dollars could be wasted if we don't act now!

Posted by Musingisfree at 11:10 AM No comments: